If the site is interesting to you... if you want to help in the development of the project... become our investor:
10.05.2020
EARTH IN A POCKET
Can the planet Earth be put in your pocket?
Of course! But only if it becomes a black hole. In this state, the Earth will shrink to the size of a ball of 2 centimeters. Although, most likely, the daredevil himself will be sucked into this ball, and it will turn into a small flash of photons. Black holes are not to be trifled with. 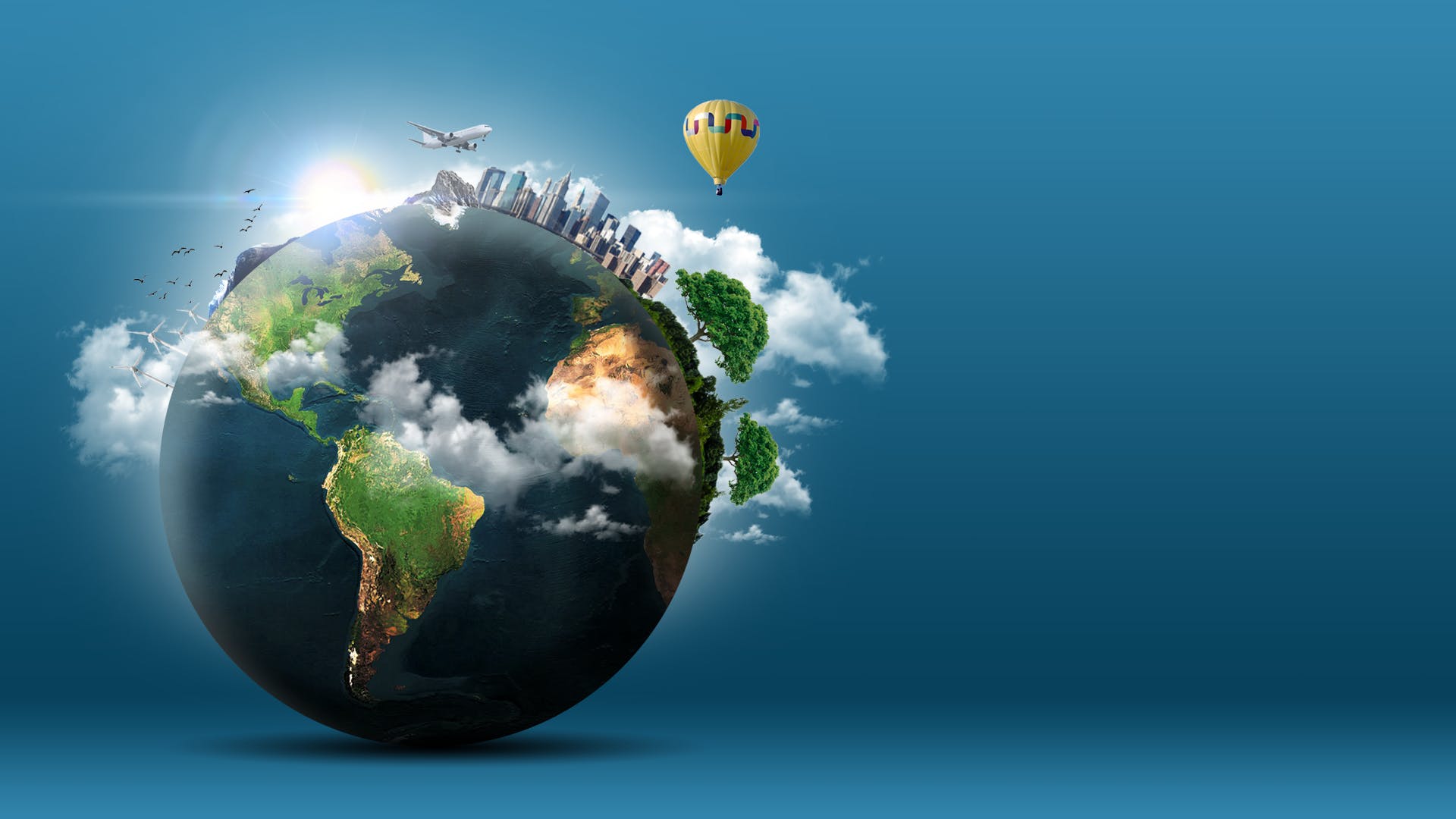 Previously, scientists believed that these formations are quite rare in our Universe. Now, it turns out, the cosmos is just all "leaky" from them. Like a shot-through fighting banner. At the last count, there are at least 400 million black holes. Half of all the light in the Universe is due to them. Because black holes are the best at converting matter into light energy. They literally "squeeze" the light out of the substance, like a juicer squeezing the juice out of a tomato.
Today, scientists think so. Before the Big Bang, there was another universe. Only it didn't expand, it contracted. At some point, everything in the world fell into the center of compression: planets, asteroids, stars, dreams, hopes, aspirations. The universe has shrunk to the size of a pinhead. The monstrous pressure in matter exceeded the critical mass, and a Big Explosion occurred. This is where we live now. They do not choose their homeland, son.

The black hole is spinning like a huge top. A powerful magnetic field is created around it. If our spaceship falls into its clutches, we will quickly begin to fall in a downward spiral. We will spin among gas, dust, and debris of planets. The speed of rotation of the ship will be 18 million kilometers per hour. The deeper the ship rolls into the black hole, the more it warms up.
From time to time, the tension in the hole becomes enormous! Jets of incandescent gas and dust burst out of it. They fly off into outer space with great speed. Scientists call these "spitting" by the jets. They are hurtling through space at almost the speed of light, and they glow like hundreds of billions of suns.
Particles of light fly along the edge of the rotating funnel. If you get into their stream, then the ship will begin strange transformations. The crew will see their starship as if from behind. It's as if we put another mirror in front of us and saw the back of our own head. 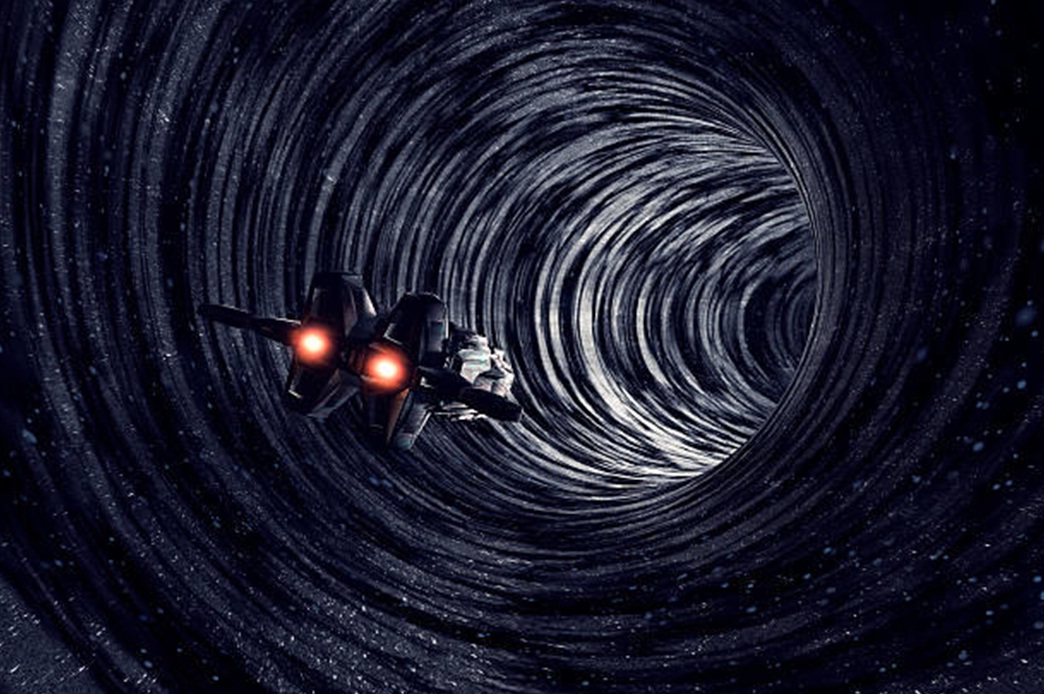 The universe surrounding the ship will begin to shrink. A rescue ship that comes to the rescue will see our starship like a freeze-frame image. It was as if we were frozen on the edge of a funnel. But in fact, our starship continues to fall. The seconds of its flight become hours, months, years. Time here is viscous, viscous, barely squeezes through the monstrous force of gravity. A minute passed on our starship. And we see that outside the black hole, people have already celebrated the New year ten times. In five minutes, our children and friends were old and dead. It's just as well. Because then the black hole will "spit" our ship through the "white hole" to another Universe. And it's impossible to go back. In that new Universe, there are different laws of nature, different realities. 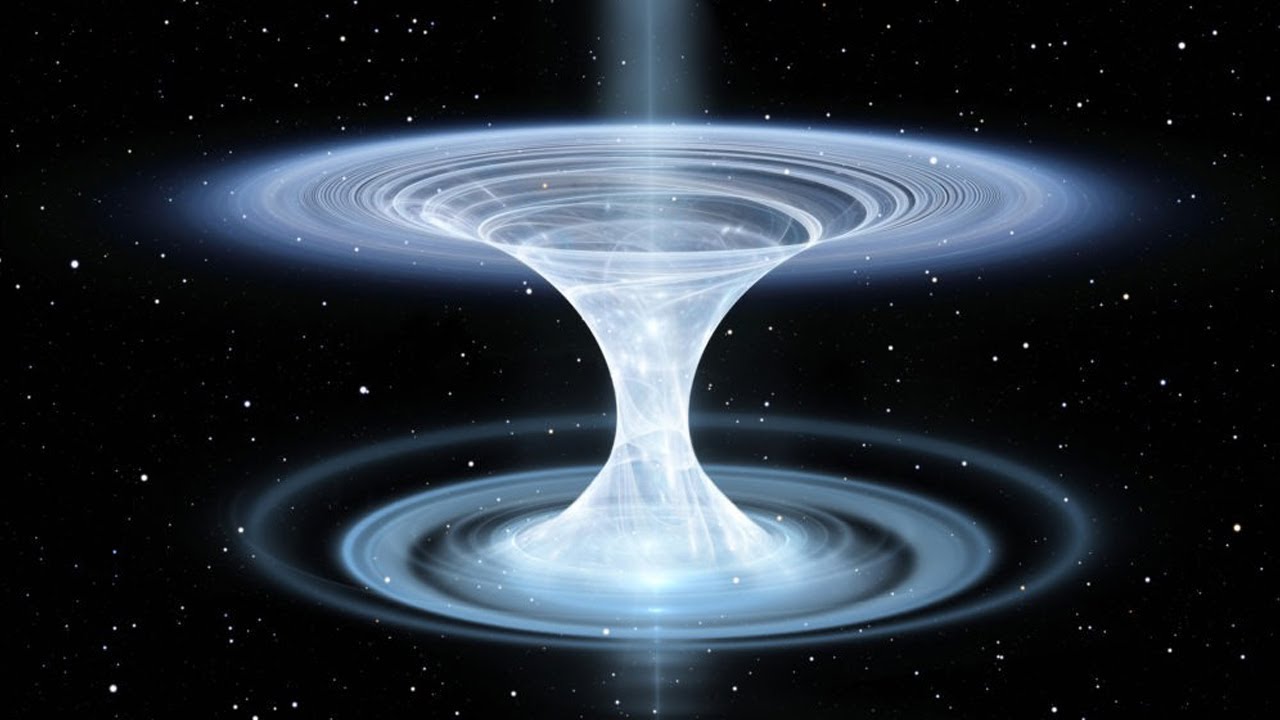 And if we have black holes constantly eating matter. From white holes, this matter just gushes. It turns out an interesting point: a bunch of black-and-white holes pumps matter from one place to another.
However, some cosmologists really talk to much that our Earth itself is still as if coming out of a giant white hole. That is, the planet is still in the process of being born. When we go outside, we can see this white hole from the outside. We will see a completely different world. Where there will be no time at all. Death will also disappear.
Isn't that what the Holy books tell us?